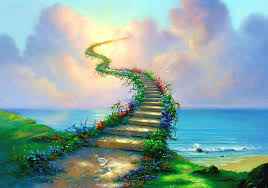 Millions of Christians around the world are celebrating Lent at this time of year.  Lent is a forty-day period of self-reflection, contemplation, and reconciliation leading up to Easter.  It also draws from the Hebrew tradition of being in the desert for 40 years leading up to entering the promised land.

The emphasis during Lent is often on individual self-examination, penitence, and “giving something up” as a spiritual discipline. It seems to be primarily inwardly and negatively focused. It’s commonly seen as being about what’s wrong with me as an individual and what I’m willing to do to improve myself.

The early church developed Lent to be primarily “other-focused.” Lent was created as the final leg of intense preparation and support for people who had chosen to learn to live the radical “way of Jesus”. It was a kind of finishing school for those preparing for lifelong spiritual leadership.

During lent we can use it as a time to renew our vows to be disciplined in bringing about the “Kin-dom” of Heaven on Earth.  We re-examine our individual callings to establish the beloved community of peace, diversity and loving inclusion here and now.

We will explore the traditional role of churches as sanctuary places where sojouners can find safety and nurturance.